Securing Energy Supply (4) - How Is It To Be Done?


"Safety and certainty in oil lie in variety and variety alone" 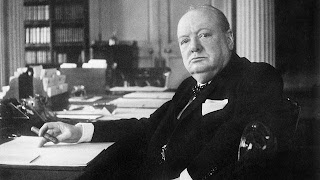 The reliable delivery of oil, gas and electricity represents a set of significant engineering challenges – but they have been solved.  However, disruptive and malign political forces are in play.  We have seen that the security and reliability of our energy supply is at the mercy of factors as mundane as strikes, protests and ill-conceived energy policy, as well as the more dramatic interventions of blockade, sabotage and war. A chilling prospect in every sense.

How, then, do prudent policy-makers go about securing our energy supplies ?  There are several tiers of defence and we will conclude this series by surveying the field.

Some reliability measures are put in place primarily against ordinary contingencies such as plant failure, extreme weather etc.   They may also serve against more sinister forces.

Over-capacity:  if one power plant in 20 is statistically liable to be out of order at any one time, there is a natural argument to have 21 or 22 plants in service.  Engineers being people who like building plants anyway, this solution to unreliability is very congenial to them, and when possessed of monopoly powers as many energy utilities used to enjoy, are inclined to follow this approach to excess.  Liberalisation of energy markets is characterised by reductions in the margin of over-capacity when economic factors start being given proper consideration: some assert this can go too far, a thought which we return to at the end of this piece.

Storage:  holding a strategic inventory of a vital commodity is as old as Joseph’s advise to the Pharaoh on how to prepare for the seven years lean.  This is easily organised for oil and coal; less easily for gas; and with currently-available technology near-impossible for power on any scale (aside from pumped-storage of water for hydro-electric generation where geology and geography permit).

Diversification:  as Churchill knew (see the quotation above), ‘variety’ or, as we would say, diversification of sources, is a key measure against insecurity of supply.  A century ago he was addressing the problem for the British Fleet, newly converted from coal-burning to oil, and relying almost exclusively on supplies from distant Persia.  Whatever the reason for having concerns about the reliability of any one source, it is a good idea to have several.

The UK is among several European nations that have achieved a good measure of diversification in energy supplies, but several instances of risky concentration can be identified.  France is hugely reliant on its vast nuclear sector for electricity, and if there were to be a systemic problem (perhaps a catastrophic design fault) that caused their reactors to be closed, they would be in significant difficulties.  Famously, a number of eastern European countries are heavily dependent on Russia for their gas.

Interconnection:  when supplies are interrupted from one source it is important to be able to access as many other sources as possible.  For this purpose it is obviously best to be connected to as many other supply-chains as economically possible (a concept we shall return to below).  For oil this is generally very easy, as ships and trucks can easily be re-routed.  For coal it can be slightly more problematic, as there are many different types of coal, and coal-burning plant are often configured for specific grades.

Gas and electricity are restricted to largely static infrastructure.  Switching to an alternative supply route can be difficult, and is rarely possible unless inter-connections for the purpose have been built in advance of problems occurring.  The EC actively promotes developing new cross-border gas and electricity connections, and uprating existing ones, and European interconnection is improving all the time.

Free trade and other regulations: closely bound up with diversification and interconnection, anyone wanting to access an emergency source of supply (other than one they already own) needs to be confident that they can buy what they want from those who have it – provided they are willing to pay, of course.

This requires a market to exist – which shouldn’t be an issue; but in gas and electricity, it cannot be taken for granted.  Even oil and coal have at various times not been fully tradable.  Gas and electricity were historically, though erroneously, viewed as ‘natural monopolies’, and anyone needing to buy (or sell) at short notice might have had nowhere to go.  In western nations, gas and electricity ceased to be statutory monopolies well over a decade ago, but in some areas there are distinct deficiencies in the workings of the ‘market’ – generally because of blocking actions by former monopolies who have lost little of their de facto dominance, and none of their overbearing arrogance.

Even where markets are working well on a good day (e.g. most of Europe), there can be issues when problems occur.  For example:  French regulations on ensuring the security of supply of La France used to be what many would deem to be irrationally strict; so that when a perfectly ordinary practical problem arose in the UK gas grid, even at a time when supplies were ample on the other side of the Channel, French operators would declare ‘problem ahoy’, and would start paying any price to fill their already well-stocked storage, safe in the knowledge that the regulators would endorse them passing through the costs of this fatuous operation to their customers.  What should have been a simple matter of UK spot prices rising to attract surplus gas from France and elsewhere, became a more serious problem than objectively necessary.

Resolving this issue, while at the same time respecting every nation’s right to take legitimate security measures, has required harmonising regulations.  This can work well at levels where fairly effective supra-national bodies exist – the EU being one example.  Whether entities such as the WTO are genuinely effective for such purposes remains to be seriously tested.

Of the above measures, we can say that all of them are useful in times of purposeful external threats to security of supply, as well for dealing with run-of-the-mill contingencies.  Yet further steps may be contemplated against sinister possibilities.

Hardening infrastructure:  energy commodities being highly combustible and generally dependent on large, static infrastructure, they are perennially vulnerable to outright attack.  Most nations mandate at least some level of high security for these facilities, as inspection via Google Earth will readily confirm.  Since 9/11, ‘resilience’ measures have been stepped up considerably.

Diplomacy:  avoiding conflict always helps.  More positively, securing alliances designed to improve secure access to commodities is a major pre-occupation for many nations: the USA in the Middle East, and China in Africa come readily to mind.

Multi-national contingency plans:  following the AOPEC oil embargo of 1973-4, the International Energy Agency was given powers to mandate the holding of strategic oil stocks in OECD nations, and to direct the use of these stocks in emergencies.  The IEA’s direct interventions to allocate oil supplies during the embargo, coordinated in practical terms by Exxon, saved the targeted nations (in particular Holland) from even greater economic trouble than they suffered in the event.

(Incidentally, in the mid 1990’s the IEA made a major study on how Europe would fare if ‘the single biggest source of supply’ – viz Russia – were to interrupt gas supplies for 6 months.  Even in those pre-market days, it concluded that with multinational coordination, no European nation would face complete ruin.  More than 6 months might have been a different story …)

Armed forces:  sometimes, passive and political measures are not enough, and the military may need to be deployed.  The navies of the trading world are, for example, constantly working against piracy in the Indian Ocean and elsewhere. More spectacularly, Western military interventions in Iraq have been attributed to the USA’s extended Middle Eastern oil policy – perhaps more easily asserted in the case of the first Gulf War than the second.

The foregoing is a fairly pedestrian listing.  A more interesting line of enquiry stems from a simple classification of the various measures into two categories:  those which build towards self-sufficiency, and those which seek to make possible a system of mutual dependency.  In the former we would place over-capacity, storage, diversification, hardening, and armed forces:  in the latter, inter-connection, free trade, diplomacy, multi-national contingency plans and (to the extent we are part of military alliances) also armed forces.

There is a school of thought that values self-sufficiency above all other types of security.  In some spheres it may not be possible: for example, Belgium enjoys no indigenous natural gas resources whatever.  But in cases where it is possible, why would it not always be the solution of choice ?

The answer is that it might be much more expensive than mutual dependency – perhaps prohibitively so.  We hinted at an economic cost-benefit trade-off when speaking of desiring to be connected to as many other supply-chains as economically possible.

If there is an economic trade-off to be made, how might one decide an optimal degree of self-sufficiency ?  This important question is reserved for another day, concluding here with the observation that we need our politicians to make their judgements on security of energy supplies carefully: for civilisation is energy-intensive.


All original material is copyright of its author. Fair use permitted. Contact via comment. Nothing here should be taken as personal advice, financial or otherwise. No liability is accepted for third-party content, whether incorporated in or linked to this blog; or for unintentional error and inaccuracy. The blog author may have, or intend to change, a personal position in any stock or other kind of investment mentioned.
Posted by Nick Drew at 12:52 pm

Lessons from Germany and Denmark:
Germany has structural problems with energy storage and distribution - how long before the brownouts start?
Part 1 / Part 2 / Part 3 / Part 4